Please note:
1. Choose the performance in advance, according to the age of your child.
2. Do not be late. Please come 15-20 minutes before the beginning of the performance in order to have enough time to buy tickets and take the best places))
3. Performances begin every Saturday and every Sunday at 10.30 and 12.00. Summertime - at 11.00. The beginning of adult performances is 19.00.
4. Please come neatly dressed to the theatre, behave yourself well and quietly.
5. Our address is Nebesna Sotnia, 4 St. (bus stop "Trade House", the theatre is on the corner of Khreshchatyk street and Nebesna Sotnia street).
6. Have a nice watching!

1965 – the premiere of the first performance "The Rose of the Carpathians" by Pierre Gamarra.

1970 - the theatre becomes regional.
1980 – the premiere of the performance "Mary Poppins", which was significant for the Ukrainian puppet theatre as a whole.

2012 - XXI World Congress of UNIMA and The World Festival of Puppet Theatres (Chengdu, China, "The Adventures of Merry Pedestrians").

2014 – 36th International Festival of Puppet Theatres (Mistelbach, Austria, performances " One Day in Auntie Maryna's Life”, «The Fox, the Cat, and the Cock", a venerable performance "Cossak").

2017 – The 2 nd International Art Week of the Puppet Theatre of the Pacific region countries (Nanchong, China, performance "The Fox, the Cat, and the Cock").

based on Andersen's tale

-"Inch!" - and you are not in this world yet ...
-"Inch!" - and you already are!
-And what is an "inch"?
-By inches determine the height of little girls...
Many questions, all important, all main... And the answers to them depend on whether your wings will grow...

Harry Potter is you!

A fairy tale for everyone

Nightingale of the dark grove

A fairy tale from a poet.

We were flipping through the pages of a book of poetry ... And we came across a miracle ... This miracle blossomed with colors and miracle birds ... And songs, and poems ... And poetic sorrow ... And a new fairy tale ...

I want to be an adult

If children could grow up immediately and adults return to childhood… This is what little Kitten and big Lion dream of. It seems to them that this is exactly what they lack for true happiness. One day a miracle happens and then the fun adventures of the little Lion and the big Kitten begin. Is that all? What did our good heroes understand after such incredible transformations?

A tale about security rules

Terrible life stories of those who do not follow the security rules in their activities...

The Adventures of Merry Pedestrians

A tale about road traffic rules

Lesson for everyone who does not have his own car, and has to move on foot...

The Dog was crossing the bridge

Ukrainian folklore for children, based on the folk tale “Bark hut”

For those who most of all appreciate deep meaning in art, we will say that performance is about how it is important for every Bunny to meet his Cock in life.

About one day in Auntie Fanny's Life which
overturned not only all dishes in her house, but also all her life...

The Fox, the Cat, and the Cock

There are no limits of the unlimited talent of outstanding singers. Brother Cat with a big bandura in his hands keeps watching the singing skills of Brother Cock. Thought both of them are very talented.

Performance is for 3 and above year-old children.

The Grandmother and the Bear

One cheerful Granny had everything - a dog, and ducklings and a small hut in the village, and even - a pot of fragrant honey... She had not her bear only… So, one day Granny went to the forest to shepherd her ducklings and fell asleep...

Performance is for 3 and above year-old children.

Where did the rabbit go?

an ancient legend of puppeteers

The question of questions. Maybe he just got lost? Or did not come at the appointed time? Or came at the appointed time, but not at the designated place? Maybe he is somewhere between us and wanders in his own hopelessness in search of an exit? But, probably - it's somewhere between us and, at the same time, in each of us. This happens with rabbits. It is inherent to them. And it's true. They are lost from time to time. From time to time, looking for them, we will found ourselves... For children 4+. Interactive. Eccentric Philosophically.

The Princess and the Swineherd

The performance is about mischievous Princess who is fond of little things and Prince-Pig-Boy who is in love...

The performance is for 4- and above year-old children.

BASED ON THE SAME NAME FAIRY-TALE OF BROTHERS GRIMM

The performance is about how it's important for people to get rid of the most widespread life principle “It's not my business”. At least, sometimes…

The performance is for 4- and above year-old children.

The old fairy-tale of Wilhelm Hauff about magic happiness powder, about desert monsters, and how it's important to train your memory when you're still young. The East is tricky…

The performance is for family watching (5- and above year-old children).

The Princess rolls like the Bun, Knight fights with flies, Doctor loves Baba Yaha, Baba Yaha loves lollipops ... And what about Pulchinella? And Pulchinella has absolutely nothing to do with this...
Fairy tale about how not to lose happy butterflies of childhood...

About the girl who got lost in the winter forest and got to unknown creatures ( to Chukabryk and Violonist), who were cute and friendly at first sight.

About the brave Cossak, who tricked the snake, cheated the devil and charmed the girl...

Performance is for family watching (from 5 years old).

It's complicated: he loves her, she loves another man, that man threw himself off the balcony, this man – hung himself by scarf… And then the third woman came …
In short, come – it'll be fun…

«…demons torment the soul. Angels stand guard…
The man crucified on the cross of his own passions, but not everyone is gifted with the miracle of resurrection…
It's for the first time when the cherished was told about in literary Ukrainian. The spoken is still unspoken…
Ivan Kotliarevskyi's personal tragedies turned into the feelings and actions of the drama characters …
The play turned into the film, where the author played the tough part of his own life, and where he was a participant and a judge at a time.
Pages, that saved not at once understandable words -- scattered by stage of the hurricane of time…
Will it be possible to reach, to finally read their hidden sense, to make them alive again after 200 years?..
…demons torment the soul. Angels stand guard…»

Delve into the spring depth of the healing German tradition, undying Müller’s word – the world of the age-old, pristine truths…

The Puppet Theatres Festival of Ukraine "Lace of Tales". 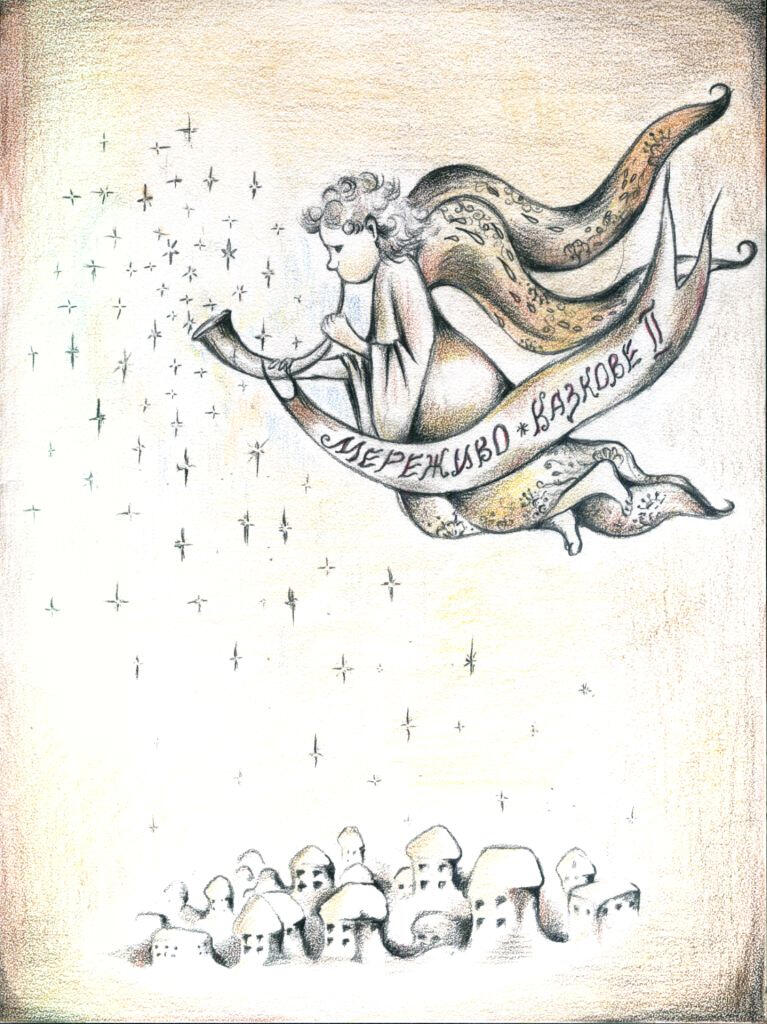 The Puppet Theatres Festival of Ukraine "Lace of Tales" was founded in 2010 on the base of Cherkassy Academic Puppet Theatre of Cherkasy Regional Council.
The name of the festival is borrowed from the well-known poetry of Ukrainian poet, Cherkasy citizen Vasyl Symonenko "What a world! It is a lace of tales! .."
Festival objectives are to popularize the art of Puppet Theatre in Cherkasy region, to deepen creative contacts between professional puppet theatres of Ukraine, to promote innovative artistic searches in the state puppet theatres in Ukraine.
Any professional puppet theatre of Ukraine, as well as from abroad, state or private theatre with performances for both children and adults can participate in the festival. The festival has no thematic restrictions.
The festival is competitive. Winners in the traditional nominations (the best role, the best directing, etc.) are determined according to the results of the Festival Jury work.
The main innovation in organization of the festival work is that the members of the Jury should now be representatives of participating collectives who have professional experience and trust of the colleagues (delegated by the team one by one).
It is held once in two years.
There were five festivals in total (2010, 2012, 2015, 2017, 2019) attended by regional and municipal puppet theatres from Dnipro, Kropyvnytskyi, Poltava, Khmelnytskyi, Lviv, Ivano-Frankivsk, Rivne, Donetsk, Ternopil, Zaporizhzhia, Zhytomyr, Kryvyi Rih, as well as theatres from Belarus, Moldova, Argentina and Chile.
The director of the festival is Liubov Velychko.